How to Spend 3 Days in Mykonos

Things To Do on Estero Island Florida
by Find Rentals

Traveling With Your Pet
by Lauretta Williams

How to Spend 3 Days in Mykonos

Part of a group of islands called the Cyclades in the turquoise water of the Aegean Sea lies Mykonos. Being a small island makes it easy to visit most of its attractions in a short time. The most romantic way to stay here is in one of the luxurious Mykonos villas on the island. Once you’ve settled in, here are some ideas about how to spend three fun-filled days in beautiful Mykonos.

A Short Sail to Delos Island

The islands form a circle, hence the name Cyclades, around the sacred island of Delos. It is believed in Greek Mythology that the gods Apollo and Artemis were born here.

It is worth the trip here seeing as Delos is a UNESCO World Heritage Site and is considered one of the most important archaeological sites in Greece. Start your day off early as you could easily spend half a day here and the last boat leaves at 3 p.m.

Head to Old Town in the afternoon and grab lunch at Eva’s Garden. Then visit the Archaeological Museum of Mykonos. There you will find a large number of vases from the prehistoric to the late Hellenistic period, along with impressive grave statues, stelae and funerary urns.

End your first day in Mykonos by relaxing in Little Venice. The buildings have been built right on the sea’s edge with their balconies hanging over the water. Enjoy a romantic dinner at Katerina’s Bar and Restaurant and admire the views of the iconic windmills of Mykonos at sunset.

Take a day of rest and relax by the sea, you deserve it. The beaches of Mykonos are the most popular tourist attraction, so most of them are very organized with all the required facilities. They offer a great seaside experience including a variety of restaurants and watersports centres. It is no wonder the “Island of the Winds”  attracts surfers and sailors from all over the world.

For daytime beach parties, Paradise and Super Paradise beach are where you should go. For more seclusion, head to Elia or Panormos. But if you want to go where the celebrities have been spotted, then you should go to Psarou. Whichever beach you choose, you won’t be disappointed.

Cap off another beautiful day with a sunset view at Armenistis Lighthouse on the northwestern part of the island. The lighthouse was built in 1891 after a British steamship was sunk there. The lighthouse stands on a beautiful spot overlooking the island of Tinos and the Aegean Sea and offers visitors magnificent panoramic views.

Mykonos is known as a party island and has some of the best nightlife in Greece. Plenty of cafes and restaurants in the area overlook the sea. Enjoy the exquisite selection of drinks and, as the night progresses, you'll be in high spirits and ready to hit the party spots on the island. The options are endless.

Ano Mera is a traditional village in the heart of the island. It is the only inland settlement in Mykonos and features a beautiful main square with traditional white-washed houses all covered with bougainvillea. The village’s highlight is the Monastery of Panagia Tourliani with its impressive architecture. Stop by the village’s traditional coffee shop for a delicious handmade sweet.

Before you leave Ano Mera, book a cooking class at Mykonian Spiti, a family-run organic farm. Here you will enjoy stories about Mykonian culture and the traditional farming lifestyle as you savor cheeses and dried figs on a shaded patio with a lovely ocean vista. Then it's off to the kitchen where you learn to make horiatiki salad, tzatziki sauce, and hearty Hellenic dishes.

Sunset at the Windmills

Take a picture at these iconic windmills that date back to the 16th century when the people of this island used it to grind their grain. Out of an original 20, only seven remain of these early innovations, none of which are operational anymore.

No trip is complete without a few souvenirs and gifts. After dinner at Caprice, stroll the winding narrow walkways of Chora. You can also view the church of Panayia Paraportiani, the Town Hall and the castle situated above the harbour.

Keep a lookout for Pétros the Pelican, the official mascot of Mykonos. Pétros was first found by a fisherman after a storm in 1954, and eventually became the locals' companion. The locals were so sad when he died that they got a replacement and the tradition still continues.

Though considered the nightlife Mecca of the Greek Islands, you don’t have to be a party animal to enjoy your time here in Mykonos as a newlywed couple. The island has some of the prettiest beaches in Greece and unspoiled routes for road trip lovers and hikers alike. 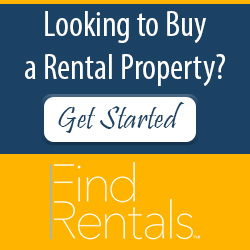