Reference this Property as: 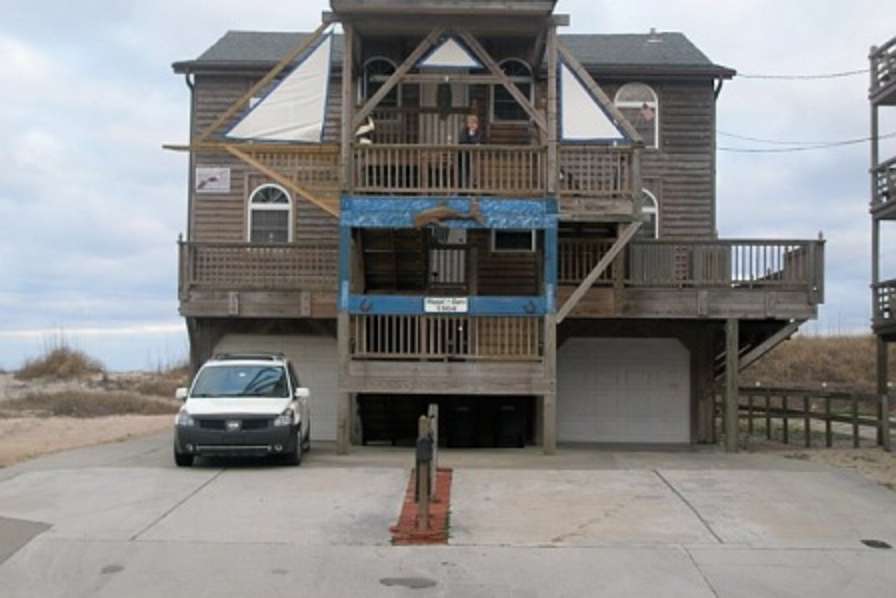 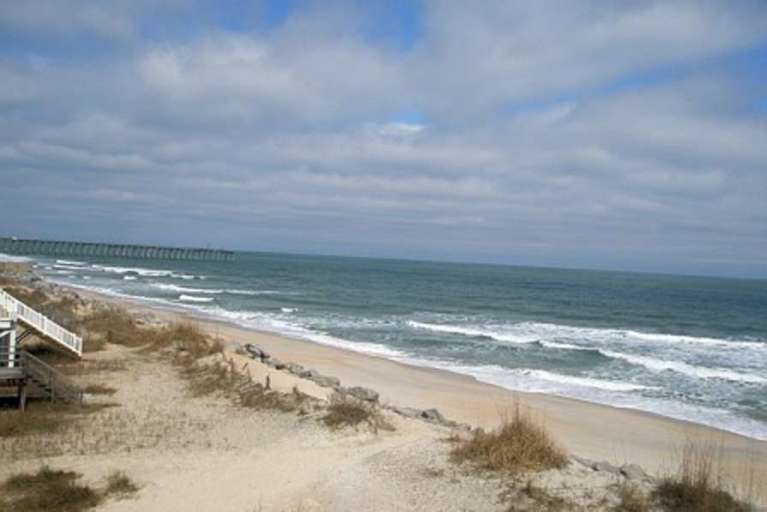 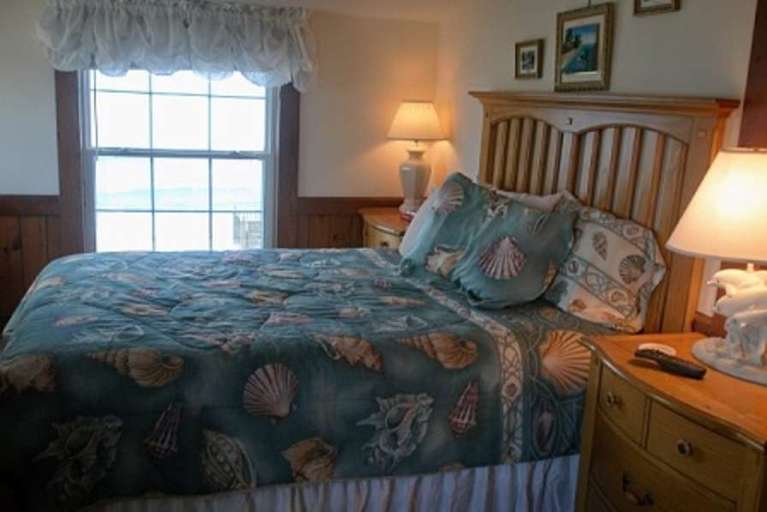 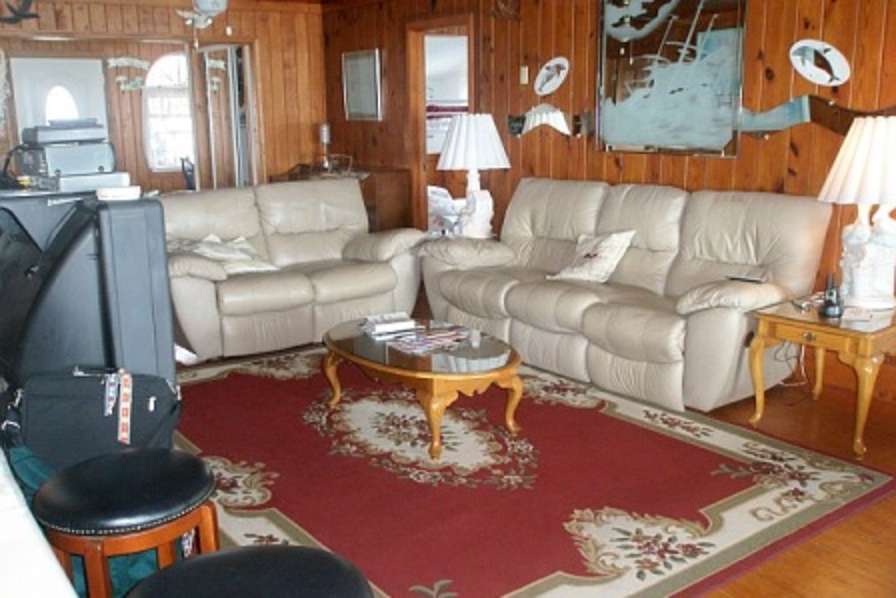 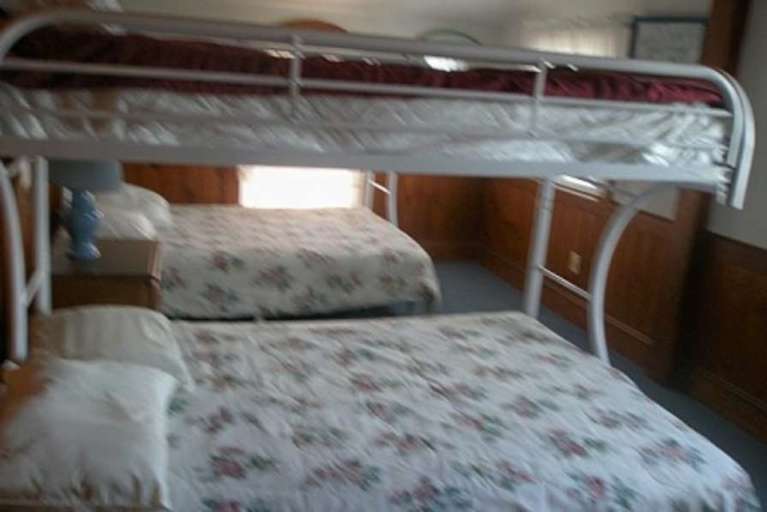 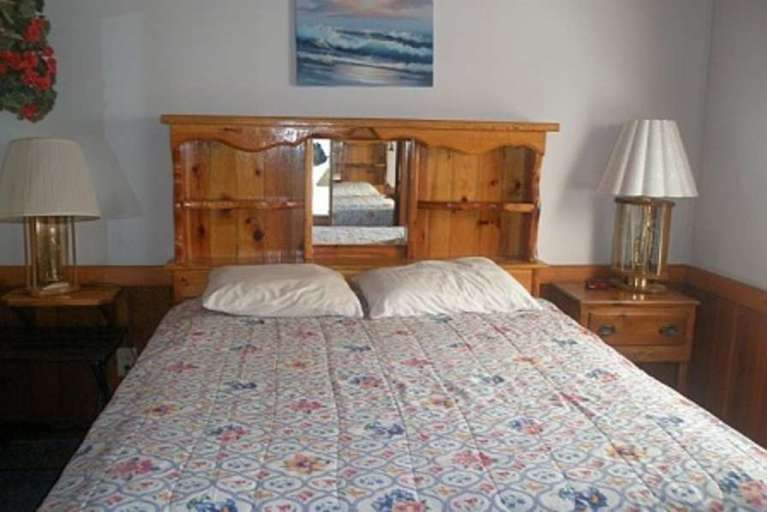 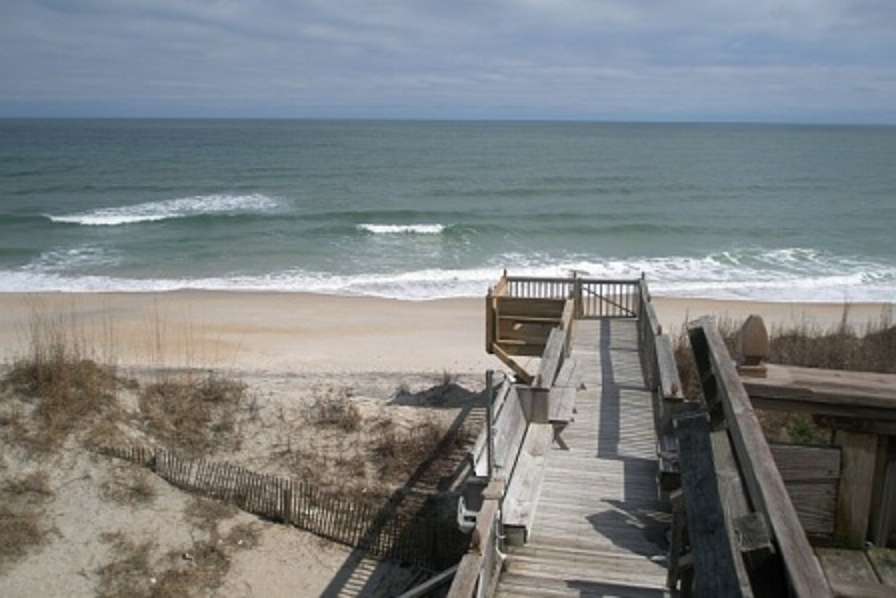 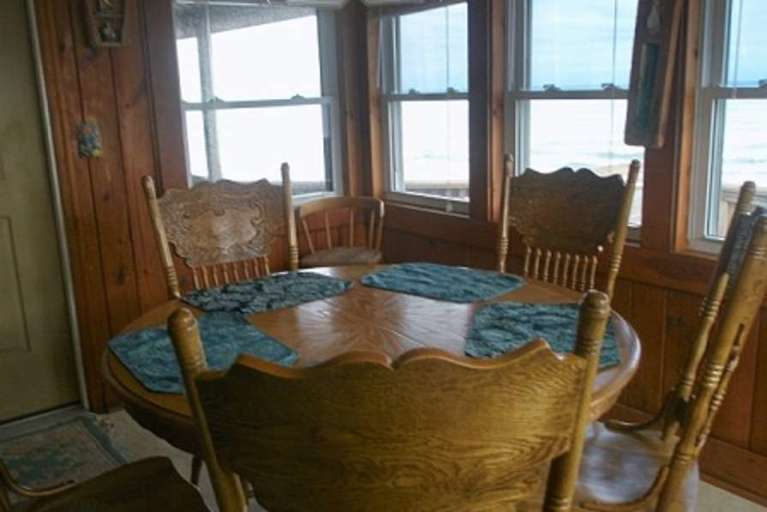 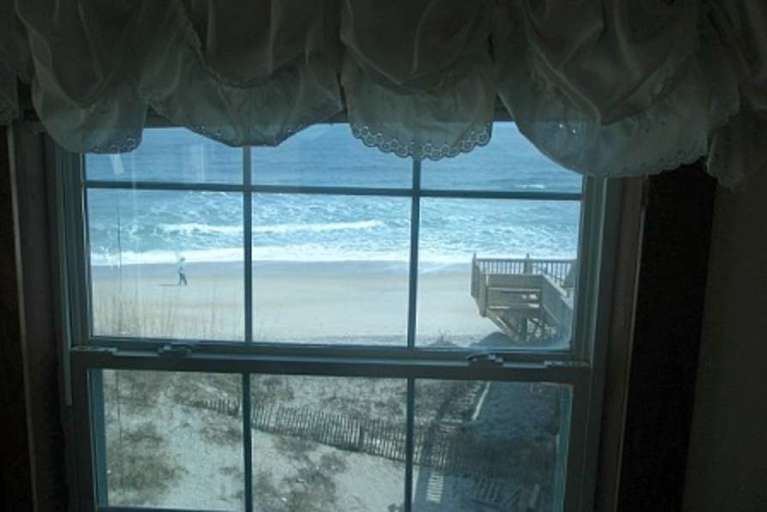 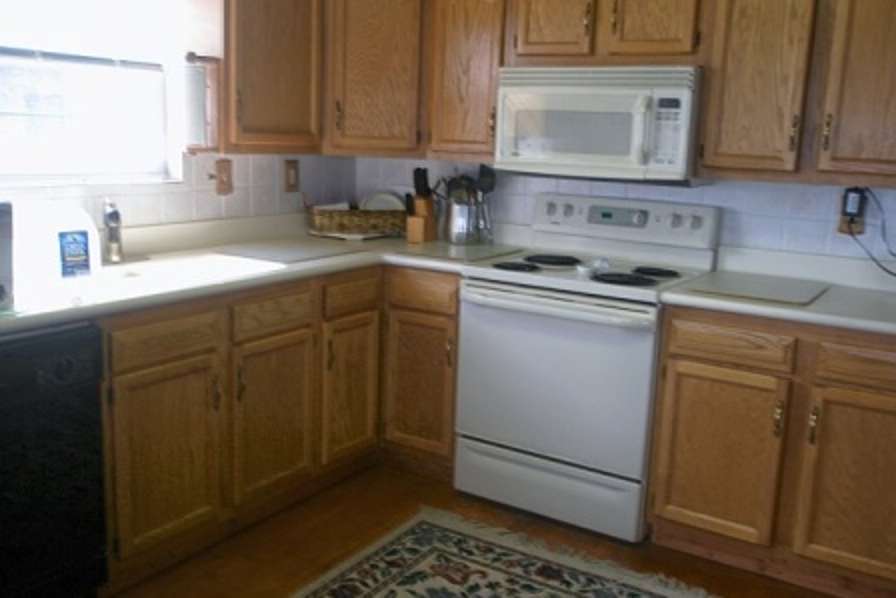 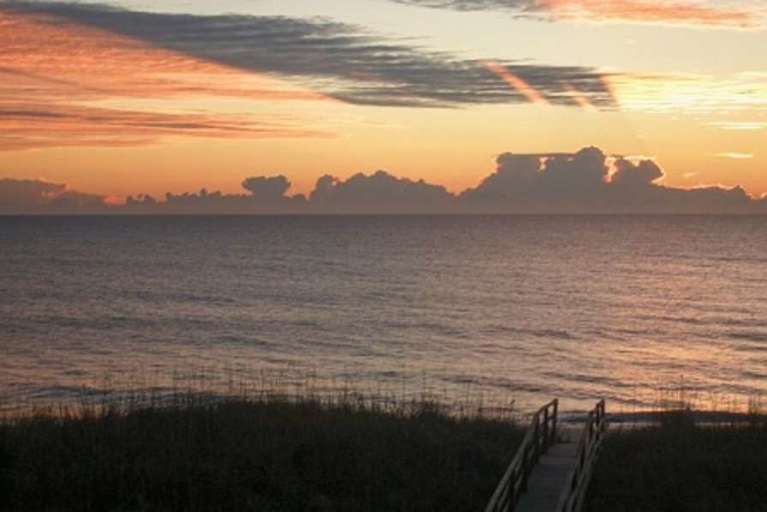 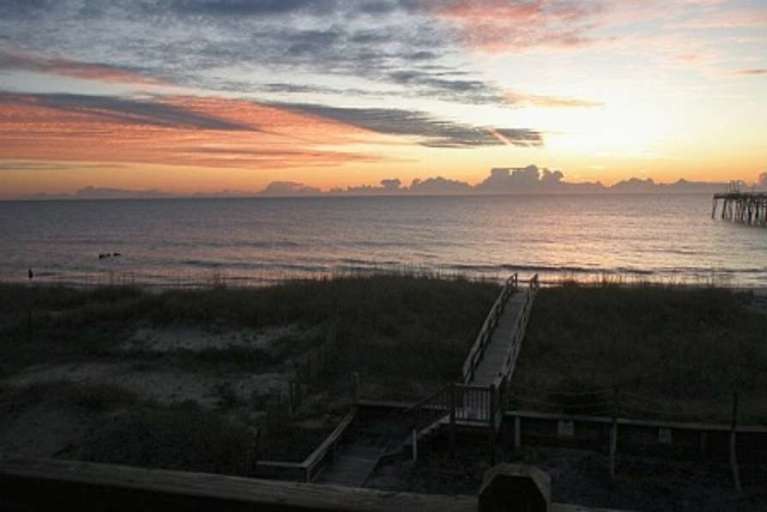 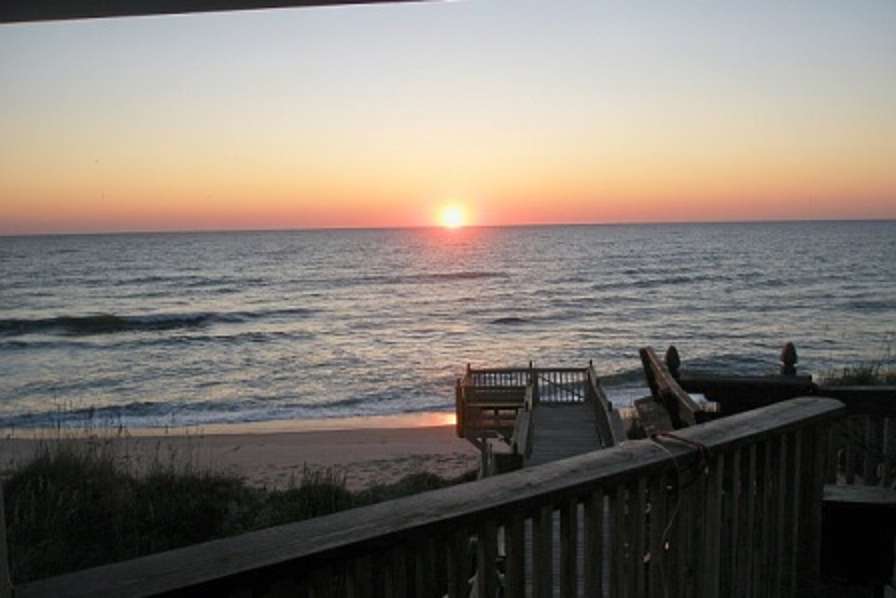 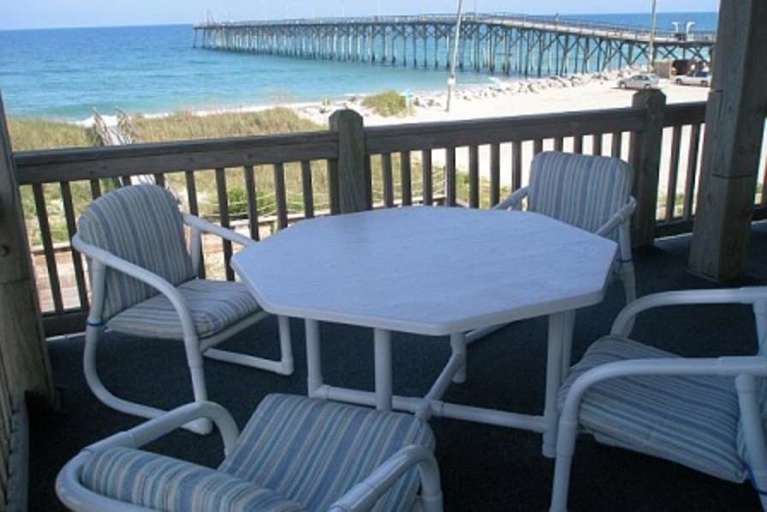 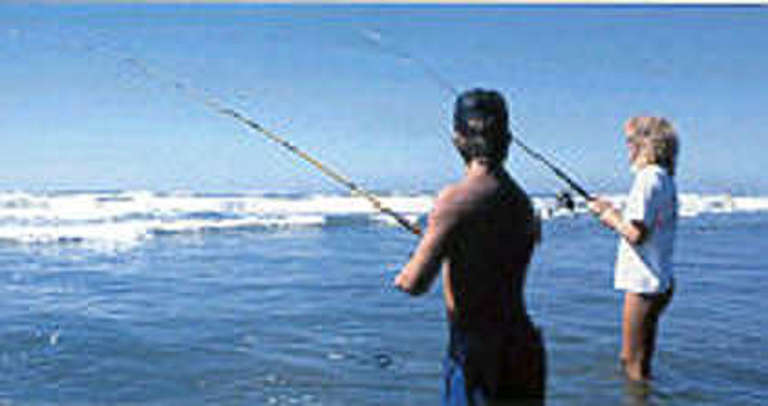 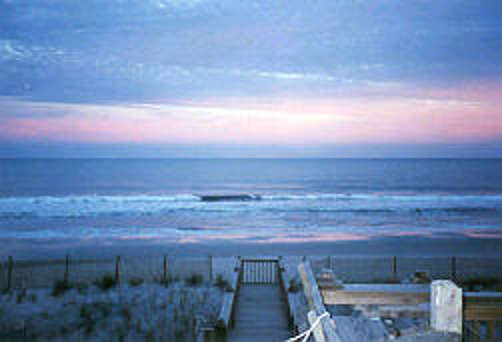 "HAPPI OURS" BEACH HOUSE - Coastal North Carolina at its best!

DOWNSTAIRS: Same as upstairs except has sleeper sofa in living room. (Sleeps up to 10). Raised 12 feet after hurricane Floyd to achieve the best view on the beach with a new large 36x14 deck and a private pier and walkway to the ocean. All of which is level and baby safe up and down.

This property provides access to the following activities and special interests:

Other Activities and Interests:
Carolina Beach
Carolina Beach is just 20 minutes down the road from downtown Wilmington North Carolina on a narrow slip of land pressed between the Cape Fear River and the Atlantic Ocean and dubbed Pleasure Island. Established in 1857, when Joseph Winner planned the streets and lots for the 50 acres of beach property he had purchased.

In the heart of Carolina Beach is Jubilee Park, one of two amusement parks on the southern coast. Nearby, you'll find water slides, miniature golf courses and other things that appeal to the kids. The town also has a movie theater, grocery stores and bait shops. The beachfront motels, including several vintage motor courts, offer a welcome blast from the past. If you were a kid during the '50s and your parents took you on vacation to the beach, this was the kind of place where you probably stayed.

Carolina Beach also offers one of the state parks in the region, where you can enjoy the wonders of nature. Venus's flytrap, a carnivorous plant, is abundant in the park. This plant, a relic from pre-human existence on the planet, grows naturally within a 60 mile radius of Wilmington North Carolina.

The community is growing in appeal to locals from Wilmington North Carolina for one big reason: It isn't crowded yet. Many a Wilmingtonian has given Wrightsville Beach over to visitors for the summer in the past few years and turned to Carolina Beach for a quiet spot on the sand.

Aside from being the center of government for the city and New Hanover County, downtown Wilmington is also the center of the cultural arts scene. Downtown Wilmington also hosts many art galleries, music shops and the Cape Fear Museum. The popularity and charm of this area has attracted many retail stores, financial institutions, entertainment, filmmaking and dining facilities.

During the day, downtown Wilmington is quaint and charming, but at night it comes alive in a whole new way. Dance clubs, jazz bars, live soaps, local and touring musicals, venues for rock "n" roll, rhythm and blues and more can be found in the 55 block area of the downtown commercial district. Perhaps the nicest thing about downtown Wilmington, and something that separates it from the rest of the city and nearby communities, is its pleasant and fascinating walkability. The Riverwalk, with its view of the Battleship North Carolina moored on the western shore, is a great place to stroll, grab a hot dog from a street vendor, listen to free music and gaze at the river.

Because Wilmington is a prominent international port of call, it's likely that you'll see an occasional ship being escorted by tugs up the river. The Star-News publishes an announcement when the ships are in town as a courtesy, the ships offer free tours of their oceangoing quarters.

The residential area of downtown Wilmington, lush with live oaks draped in Spanish moss, beautiful azaleas and native oleander, is a plant enthusiast's delight. Most of the homes downtown have private gardens that are occasionally opened to the public during special events such as the Azalea Festival in the spring and Riverfest in the fall. A walk through these areas is not only aesthetically pleasant, but it can be educationally fun too.

The film industry lends an exciting opportunity for spotting the occasional celebrity or just watching the process of making movies. Filmmaking now accounts for 11 percent of the local economy and has the potential for growth as a result of Wilmington's well established film industry infrastructure, including EUE/Screen Gems Studios, a seasoned crew base, and active film commission and a large talent pool. Today only Los Angeles and New York City surpass Wilmington in film production. Since the first movie filmed here in 1983 (Dino DeLaurentiis' Firestarter) Wilmington has been home to more than 300 movies and six television series, with Dawson's Creek as the area's latest hit. Stars spotted in recent years include Bruce Willis, Richard Gere, Katherine Hepburn, Alec Baldwin, Kim Basinger, Mathew Modine, Sharon Stone, Patrick Swayze, Julie Harris and Anthony Hopkins. Linda Lavin, Broadway star and a woman known affectionately as "Alice" from the '40s TV series, lives downtown and works closely with the Community Arts Center.

Fill out your information below to inquire about specific dates, properties, rates, property management, buyer and seller inquiries, or if you simply want to reach out.