Things To Do in Curacao Caribbean Island
by Anthony Vaarwerk

Stress Free Road Trip with Your Dog
by Tiffany Wagner 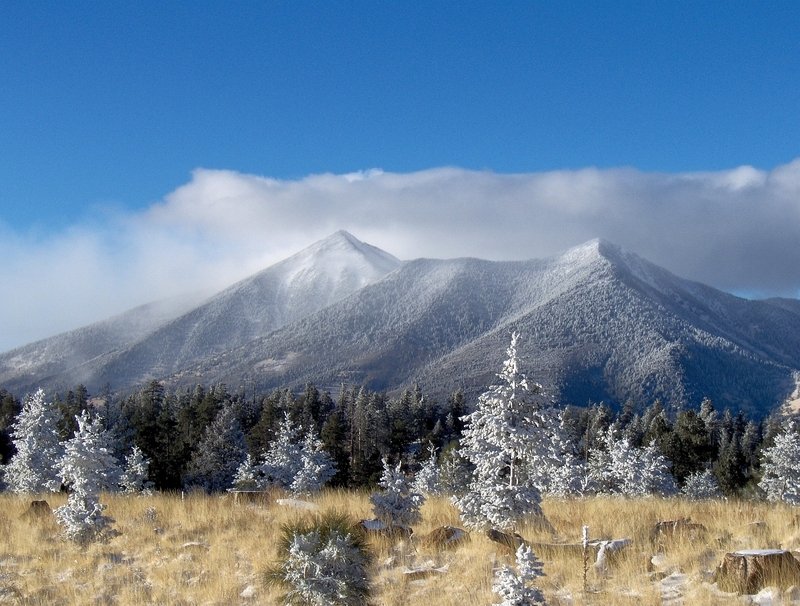 Do you want to vacation by the Grand Canyon Nation Park, volcanic monuments, or meteor craters? If so, Flagstaff is the way to go. Visitors come from across the world, attracted by the refreshing mountain air and year-round opportunities. Why? Because Flagstaff, Arizona offers a myriad of cultural, historic and outdoor recreational activities.  In fact, some of the Western Region's most beautiful country surrounds Flagstaff, Arizona. Magnificent sights stretch from the Coconino National Forest Park, the San Francisco Peaks, the Red Rocks of Sedona and to the rugged deserts of neighboring Native American nations.

Flagstaff—Named After the U.S. Flag

Although many destinations have histories of war, Flagstaff is known to be peaceful. The city got its name back in 1855 when Lieutenant Edward Fitzgerald Beale cut the branches of a Ponderosa Pine tree to fly the United States flag. And so, the name "Flagstaff" was given to a destination that now proposers with vitality. In time, the first permanent settlement was born later in 1876. However, it was not until the 1880s that Flagstaff grew. The city blossomed, opening up its first post office and railroad industry. Still, the growth was so quick that by 1886, Flagstaff became the largest city on the railroad line between Albuquerque and California's west coast. Nothing could stop Flagstaff from becoming the magnificent destination that it is now.

Do You Know the Outdoor Attractions of Flagstaff, Arizona?

Flagstaff, Arizona is alive with cultural diversity, natural attractions, history, and recreation. Flagstaff sits on a 7,000-foot elevation in the center of the world’s largest Ponderosa Pine forest. This means Flagstaff is also near seven national parks and monuments. Flagstaff even earned its place as a magnet for outdoor enthusiasts. But, who exactly does this region's varied terrain and lovely weather attract? Anyone from campers, backpackers, climbers, recreational or elite runners, mountain bikers, and more. The city offers over 650 acres of parks, the largest ones being Thorpe Park and Buffalo Park.

Furthermore, Flagstaff is approximately 75 miles from one of the world's most popular tourist destinations—the Grand Canyon National Park. But of course, the regions offers several other incredible attractions. For example, the Sunset Crater Volcano National Monument, the Barringer Crater, and the Wupatki National Monument are all a sight to see. Plus, Glen Canyon National Recreation Area and Lake Powell are both about 135 miles north of Flagstaff along U.S. Route 89. With so many options at hand, have you decided where you want to start?

Culture, Nightlife, and Everything Else in Flagstaff

Flagstaff is hands-down a hub for experiencing the Southwest's wonders. Experience a variety of food, concerts, nightlife, and more. Today, solo travelers, families, and explorers seek out Flagstaff for its freedom and charm. Flagstaff now sits at the junction of two major U.S. interstates with direct airport routs and a busy train depot. Indeed, Flagstaff is a key destination for people seeking the adventure and natural beauty of the American Southwest.