We don't have any properties to recommend in Port Aransas Texas. If you or someone you know would like to see your properties listed here, contact us right away! 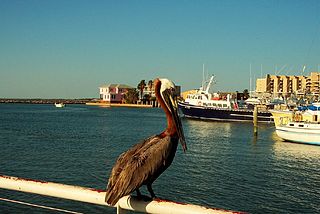 Port Aransas, a special vacation destination many dream about!. A fun and unexpected gem on the Texas coast, "Port A" boasts fascinating wildlife that will more than satisfy the birdwatchers and anglers alike. The beautiful shoreline is the perfect place to meander among the seashells, frolic in the waves, soak up the sun and enjoy all things beachy. While surrounded in outstanding dining, nightlife and entertainment just imagine relaxing in a natural environment with clear waters, soft, sandy beaches and wild wetlands where there's something for everyone. It's Texas. Island Style!

Port Aransas located in Nueces County, Texas has an approximate population of 3,500 and is the only established town on Mustang Island. It is located north of Padre Island and is one of the longest barrier islands along the Texas coast. Only about 30 minutes from Corpus Christi Bay, the Gulf of Mexico, the Lydia Ann Ship Channel and the Corpus Christi Ship Channel make up the surrounding waters. Port Aransas is referred to as the "Best Kept Secret on the Gulf Coast", providing not only a great family vacation opportunity but also some of the finest fishing in South Texas. Karankawa Indians were some of the earliest to inhabit the area from Galveston Bay all the way to Corpus Christi Bay. Leading a nomadic existence, they migrated from the mainland to the coast. One of the places they lived in on the coast was a small fishing village known as "Sand Point" on what Europeans called "Wild Horse Island", later known as "Mustang Island". Port Aransas was also a key location of pirates in the early 19th century. From about 1800 to the early 1820s, the Gulf Coast was a haunt of pirate ships searching for riches. Capt. Jean Lafitte and his buccaneers spent time on the Texas coast, Galveston owed its start to him and Mustang Island was one of his favorite haunts. Legend has it that Capt. Jean Lafitte used Mustang Island as a place to make camp and hide their treasure. Construction on the Lydia Ann Lighthouse began in 1851 to light up the Aransas Pass between Mustang Island and nearby San Jose Island. During the United States Civil War, Union and Confederate troops fought for control of the lighthouse. The lighthouse operated for decades, but began to decline in use after the mid-20th century. Port Aransas, or Port A as it is popularly known, was perhaps Texas' first true angling destination. For a few years on either side of 1900, the community was actually known as Tarpon due to the large number of Silver Kings landed there. Throughout the first half of the 20th century, anglers came from across the country to fish the waters around Port Aransas for tarpon, redfish and speckled trout. Among those who have fished these waters are President Franklin Delano Roosevelt, Hedy Lamarr, and Duncan Hines, who was married at the famed Tarpon Inn.

The Port Aransas Ferry System provides easy and free transportation to and from the Island via Aransas Pass, and there is a complimentary trolley system that gets visitors around while in town. Guests wishing to stay in the Port have a variety of accommodation options, with excellent vacation rentals being offered. Parasailing, kayaking and scenic boat cruises are all popular in this Texas town, allowing travelers to enjoy the cream of the Gulf Coast. Birders flock to the area in the hopes of catching a glimpse of the more than 500 species of birds that migrate to the region every year. Restaurants are easily found of course but the fresh seafood must be highlighted! whether you choose to eat in or out Port Aransas has the best in variety of fresh seafood to enjoy! Looking for a nice walk? The jetty stretches far out into the gulf, made partially of concrete and large granite blocks. It offers an excellent spot for fisherman and birdwatchers. You can see brown pelicans, gulls, and other seabirds, numerous ships coming into port ranging from fishing trawlers to tankers, sea snails in the pools between the rocks. The lucky ones occasionally see dolphins near the end of the jetty. Fisherman come from all around to the Known to the "Fishing Capital of Texas," Port Aransas offers up challenges and a string of rewards for everyone including kingfish, sailfish, marlin, tuna, redfish, flounder, black drum and trout. Fishing isn't the only way to see marine life. Dolphin are plentiful in Port A, the area is regarded as one of the best places in the country to take a dolphin tour. Other popular Port Aransas activities include boating excursions, sunset cruises, horseback riding along the beach, free ferry transportation to the mainland and dance/music clubs. You can even hop the trolley and ride around town. All that Port A has to offer will leave any vacation full of fun and wanting to return but next time with more friends and family to share in the great vacation treasure. For more information on Port Aransas visit: http://www.portaransas.org/