Croatia is a definitely a spot in Europe not to be missed. With its location just across the Adriatic Sea east of Italy, the land is rich producing an abundance of fine wines, outstanding foods, including cheeses, fruits, olives, and 5-star olive oils. If you love fresh, organic food, this is an area not to be missed and with its 1246 Island, endless spots to explore via yachts and ferries. The Vacation Rental Travel Guide was invited to Croatia last Fall and reviewed 5 outstanding Villas In Croatia. We are pleased to offer you the five Vacation Reviews written by Deborah S. Nelson, Publisher/Writer and Renee Fontaine, Leader Travel Writer of the Vacation Rental Travel Guide.

Out of the Blue Sky 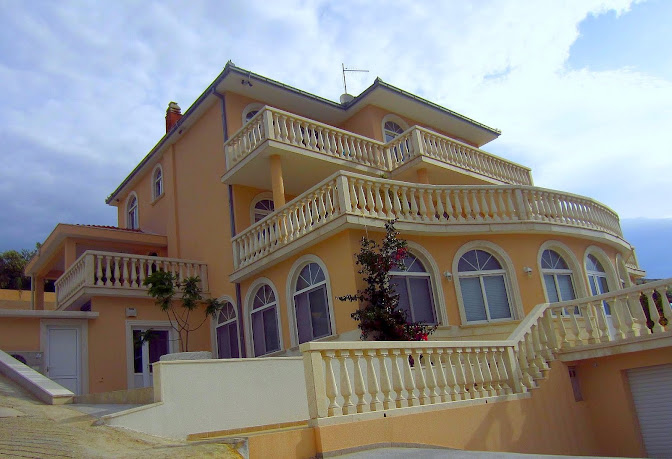 It is always truly exciting, while simultaneously a bit unnerving, to defy gravity. Every time I fly, I realize that the law of gravity has been broken. This tends to shake up my concept of reality. Perhaps this is what jet lag really is. The flight to Croatia not only defied gravity, but defied time as well. I landed six hours into the future when I arrived at the Split Airport just minutes from Villa Papilio. My trip to Croatia came from out of the blue. People in the know tell us that Croatia is the next, up and coming travel destination in Europe. After nine hours in the sky and a total of 21 hours in transit, I landed in Split, Croatia. Gordon Svalina from theproperty management company picked me up and drove me to my next writing destination. Coincidently, it turned out at Villa Papilio, I once again, found myself high in the sky. As we approached the Villa’s long driveway, Gordon kindly reassured me that we would make the steep climb. I once lived in Colorado and was accustomed to switchbacks snaking up high mountain peaks; however, with no switchbacks, this road pointed nearly straight up — a concrete path headed right for the sky. Villa Papilio was situated near the top of the tallest hill in the area, a hill that seemed to touch the sky. (read the rest of the story) 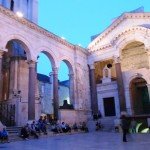 I love a “good” secret – like expecting surprises or hidden treasures. Some we encounter without intention such as receiving surreptitious news from a good a friend. Others, we stumble across in our path through life when we least expect to find them. Some secrets need to be kept when it is the request of the holder. They will share their good fortune when the time is ready. Other secrets are too delicious not to share. I recently discovered such a secret that I will share with you now.

“Secrets could never be rushed. They had to come of their own accord, on their own schedule. That way, when they came, they offered themselves as a gift.” ― Donna Jo Napoli, Boun

Experiencing life without expectations is one of the greatest gifts we can give ourselves. Discoveries made without preconceived ideas bring the greatest joy and excitement while eluding disappointment. Whenever I visit a new city, go to a movie, seek a new restaurant, or experience a new friendship, I try to do so without much anticipation. The experience becomes much richer and more alive than any preconceived ideas could have conjured up. Using this approach, I set out to discover Croatia. (see the rest of the story)

Korcula, Croatia A World in Miniature

“Our world is made up of a myriad of microcosms, of tiny worlds, each with its own habitués, every one known to the others.” ― Louis L'Amour, Education of a Wandering Man Islands hold a certain enchantment. As children, we fantasize about such places as being mystical and bearing great treasures. In fact, there are more than two million islands in the world, of which 100,000 are inhabited. Each is a world in miniature with its own story to be told. A product of its own history and social structure, each island holds a unique existence to a small group of people. Their beautiful and distinctive lives are often left unnoticed by the rest of the world. But great knowledge and adventure can be gained from visiting these small microcosms. I recently had the opportunity to review a luxury rental property on such an island off the coast of Croatia, known as Korčula. This island is the epitome of a “world in miniature.” According to legend, the island was founded by the Trojan hero, Antenor in the 12th century BC. Rich in history and beauty, the economy of Korčula has thrived on the production of wine for more than two thousand years!

“... everyone knew that all islands were worlds unto themselves, that to come to an island was to come to another world.” ― Guy Gavriel Kay, Tigana A light rain was falling on the day of my departure from Split to Korčula. As my good friend Deborah and I waited in line to buy our ferry tickets, our host and good friend Gordon kept us entertained with his good humor. (read the rest of the article) 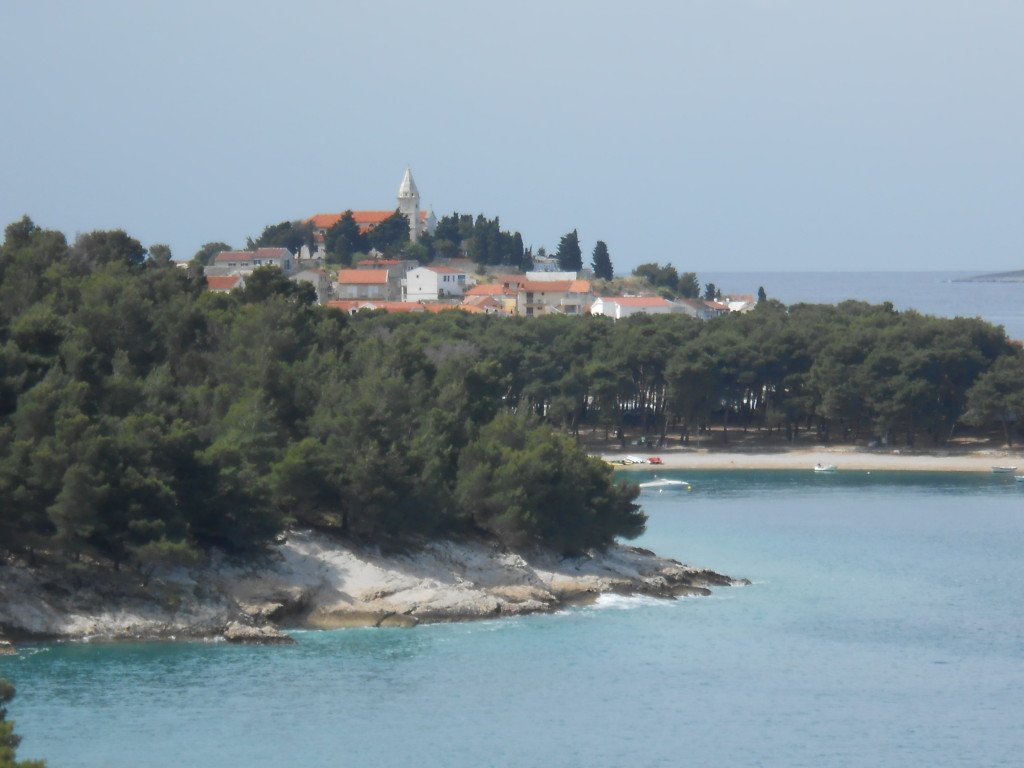 “If you have a surreal life like I do, you’ve got to have fun along the way.” - Victoria Beckham I love the word “surreal.” What word could be more fascinating? Definitions include having the quality of a dream, unreal, and fantastic.The literal interpretation is “above real.” What could be better than being above reality? Surreal is the one word that comes to mind when I think of Primošten, Croatia.

“Primošten”- pronounced prǐmɔʃtɛn – rolls of my tongue with ease now. Not long ago, I knew nothing of this dreamlike seaside town. While visiting a property in Split, my host and new found friend, Gordon, informed me that the next property I would be visiting was in Primošten. My poor short term memory combined with the foreign pronunciation caused the word to slip from my mind. This is a common problem for me. Fifteen seconds after being introduced to someone, I have already forgotten their name. So I was having the same problem with the name “Primošten”. I must have asked Gordon the name of the town five times. By the fifth time, he looked at me as if perhaps I was a little slow. I explained that I am a visual learner and that I need to see foreign words spelled in order for my mind to hold on to them. We both laughed at my difficulty. Shortly, thereafter we arrived at the property – an ultra- modern vacation rental complex centered perfectly between two town boundary signs – one for entering and one for leaving Primošten. Seeing the name clearly written, it was now engraved in my mind. The fact that the vacation property is located between the two signs . . . not actually located within or outside of the town, made the paradox even more poignant! (see the rest of the story) 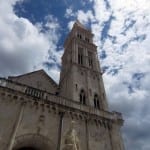 France is known for wine, Italy for pasta, Spain for bull-fighting, and Switzerland for banks. But just what is Croatia known for? In fact, where is Croatia? Croatia is a small European country separated from Italy to the west by the Adriatic Sea with a coastline which includes some 1246 small islands. Croatia shares its northern border with Slovenia and a southern border with Montenegro. One of six countries of the former Yugoslavia, Croatia is a unique cultural and political blend of east and west; where its people now exuberantly celebrate their right to vote.

I flew Croatian Airlines from Dusseldorf, Germany after a four-hour layover. During such times, people-watching becomes a pastime. My attention was easily captured by crowds of people socializing as they gathered at the gate to Split, Croatia. I noticed they were part of a tour returning home—mostly older women. We were all herded onto a bus which took us to the tarmac where the airplane awaited us. Once we started boarding, I noticed that many of the women resembled my mom, giving me an unexpected sense of nostalgia. (see the rest of the story)