Things To Do and Explore Keystone Colorado
by Anthony Vaarwerk

Destination Weddings - Which Venue to Choose
by Anthony Vaarwerk 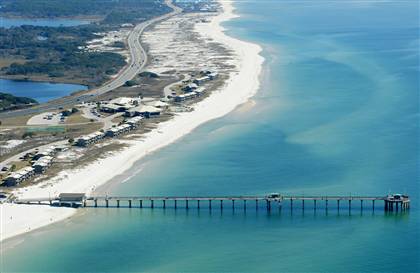 Alabama’s sugar-white sand beaches are one of the Gulf Coast's most popular destinations. This is a place where you will probably find your mind dreaming. Whether you are looking for peace and seclusion, or adrenaline and a nightlife environment, Alabama is known to deliver. Take a fishing trip, enjoy fresh and delicious local seafood or just sip a drink and watch the brilliant sunset. The Gulf Shores are a beach lover's dream vacation destination, with plenty to keep you busy day and night. Escape the chaos of your everyday life and experience the time of your life in Gulf Shores, Alabama.

The Alabama Gulf Coast is one of the most historic regions of the South. Long before the first European explorers arrived on the coast, the area was populated by prehistoric Native Americans. Later, historians and archaeologists concluded that the Spanish found this destination during their early 1500s explorations. In fact, the Spaniards named Mobile Bay after the local Indian tribe, Mabila.

Decades later, the French followed but surrendered to the British throughout the French and Indian War in 1763. The English then held Mobile Bay for roughly seventeen years. However, the Brits lost to Spain in the Battle of Fort Charlotte in 1780. Finally, the United States took control of the area in 1813 leading to the Battle of Fort Bowyer. As a result of the war, the U.S. created two secure defenses: Fort Morgan on the site of Fort Bowyer and Fort Gaines on Dauphin Island. Nevertheless, both forts were seized by Alabama troops in 1861. Thus, the area became a Confederate stronghold, only to fall under Federal forces as a result of the Battle of Mobile Bay in 1864.

Despite having endured centuries of battle, the Gulf Shores came to prosper. Now, the beaches welcome golf enthusiasts from all over the country. The Gulf Shores are also home to the Alabama Gulf Coast Zoo—named by Animal Planet as “The Little Zoo that Could”—which attracts many visitors to enjoy 16 acres of more than 250 exotic animals in natural habitats. Moreover, this vacation spot can cater to the "shop til you drop" philosophy with the conveniently located Tanger Outlet shopping mall stocked with over 120 true manufacturers' outlet stores.

On the other hand, kids will love Waterville USA—a family water park sporting splash fun for all! Similarly, charter boats embark on a daily basis providing visitors with the best in local fishing excursions. Foley, a town about 20 minutes from the Gulf, is a water-sports paradise as well. Of course, an absolute stop for family fun is the Gulf State Park offering public beach access. Whether you want to tan picnic, enjoy freshwater lakes, or hike this is the place to go. Have you made up your mind yet? The Gulf Shores is truly a vacation that will likely inspire you to spread the word back home to all those looking for a great vacation get-away!

For over 25 years, we have been helping families just like yours find Real Estate, Property Management, and Alabama Beach Vacation Rentals in the Gulf..  learn more

Kiva Dunes creates a welcoming atmosphere on one of the most spectacular seaside settings in the world, The Alabama Gulf Coast! Our own private beach..  learn more

Map of the Gulf Shores of Alabama