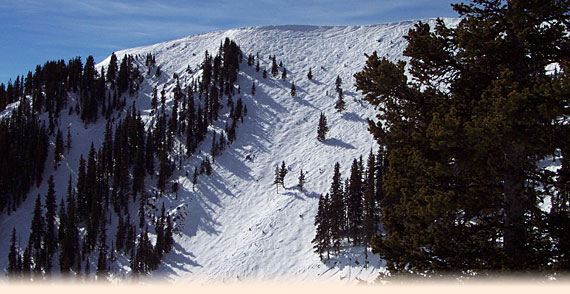 Taos is a small town in Taos County in the north-central region of New Mexico. It was incorporated in 1934. At the 2000 census, its population was 4,700. Communities nearby the town include Ranchos de Taos, Cañon, Taos Canyon, Ranchitos, El Prado, and Arroyo Seco. The town it takes its name from Taos Pueblo, the Native American village and tribe that is close to it.

The town of Taos is also the county seat of Taos County. The place is also referred to by the nearby ski resort of Taos Ski Valley. The Anglican name Taos derives from the native Taos language meaning "place of red willows".

View Manager Profile
Browse 24 Vacation Rentals
History
Taos Pueblo
Taos Pueblo, the town that borders Taos on its north side, has been occupied for nearly a millennium. It is estimated that the pueblo was built between 1000 and 1450 A.D., and was expanded later. The pueblo is considered to be the oldest continuously inhabited community in the United States.
Located in a tributary valley off the Rio Grande, it is northernmost of all the New Mexico pueblos. The Pueblo, at some places five stories high, is a combination of many individual homes with common walls. The Taos pueblo community comprises of over 1,900 people. Some of them have modern homes near their fields and stay at their homes on the pueblo during winter. About 150 people live at the pueblo year-around. The Taos Pueblo was added as an UNESCO World Heritage Site in 1992 as one of the most significant historical cultural landmarks in the world.
Spanish colonization
Taos was established c. 1615 as Fernandez de Taos, after the Spanish conquest of the Indian Pueblo villages by Geneva Vigil. Initially, the relations of the Spanish settlers with Taos Pueblo were cordial, but later their relations became strained because of meddling by missionaries, and demands by encomenderos for tribute. This eventually led to a revolt in 1640; In the end, Taos Indians killed their priest and a number of Spanish settlers, and fled the pueblo, and didn’t return back until 1661.
In 1680, Taos Pueblo joined the widespread Pueblo Revolt against the Spanish. After the Spanish Reconquest of 1692, Taos Pueblo continued armed resistance to the Spanish until 1696, when Governor Diego de Vargas defeated the Indians at Taos Canyon.
U.S. territory and statehood
Mexico relinquished the region to the U.S. in the Treaty of Guadalupe Hidalgo in 1848 after the Mexican-American War. After the U.S. takeover of New Mexico in 1847, Hispanics and American Indians in Taos staged a rebellion, known as the Taos Revolt, in which the newly appointed U.S. Governor, Charles Bent, was killed. New Mexico was a territory of the United States beginning with the 1850 and became a state in 1912.
Taos art colony
Artists began to settle in Taos starting from1899; a clique of six formed the Taos Society of Artists in 1915. The Taos art colony also gradually developed. Most of the paintings were made of local scenes, especially of Taos Pueblo and activities there, as the artists often portrayed Native Americans living in the pueblo in their paintings. Some of the artists' studios still survive and are open to visitors in Taos. These include the Ernest L. Blumenschein House, the Couse/Sharp Historic Site, and the Nicolai Fechin house, all of which are listed on the National Register of Historic Places.
Tourism in Taos

There are many options to explore art in Taos. The three major Art houses in Taos are: Harwood Museum of Art, Taos Art Museum and Millicent Rogers Museum that provide art from the pueblo Native Americans, and Taos Society of Artists and modern and contemporary artists of the Taos art colony. There are more than eighty art galleries in town and there are several houses of the Taos Society of Artists.

Performing arts
There are several local sites in Taos for performing arts. The Taos Center for the Arts (TCA) regularly draws nationally renowned and local performers at the Taos Community Auditorium. Three chamber music groups perform at TCA: Taos School of Music, Taos Chamber Music Group, and Music from Angel Fire. The Harwood Museum of Art is also a famous venue for other performances and lectures.
Ski tourism
The ski resorts in Taos are a mash of their Swiss/French/Austrian founders' roots with the traditions and customs of the local Hispanic and Pueblo Indian cultures and have an altogether magical charm to it. Taos is the home of extreme skiing in the U.S., and there are plenty of resorts for experts as well as for beginners and intermediate. The nation’s best ski schools are located in Taos. Their hike-to terrain are world-famous, where skiers and even snowboarders can ply their trade. Apart from these interesting skiing facilities, Taos also has a smattering of  hotels, condos, vacation homes, restaurants and ski shops located nearby.