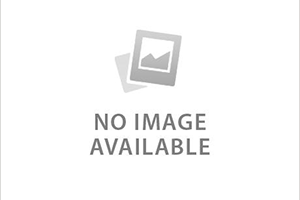 Kitty Hawk is a small town in Dare County, North Carolina, United States and is a part of what is now known as North Carolina's Outer Banks. The population of Kitty Hawk as per the 2010 Census was 3,272. It was established in the early 18th century as Chickahawk.

Kitty Hawk came into the public limelight after the Wright brothers of Dayton, Ohio, made the first controlled powered airplane flights at the Kill Devil Hills, four miles (6 km) south of the town, on December 17, 1903. After the reported flights, the brothers walked back to Kitty Hawk, where they transmitted a telegram from the Weather Bureau office to their father informing him of their success. Kitty Hawk is often mistakenly credited as the original site of the powered flights. The Wright brothers chose the area because of its frequent high-intensity winds and soft sandy surfaces – which were suitable for their glider experiments that they conducted over a three-year period prior to making the powered flights.

Beach Realty & Construction / Kitty Hawk Rentals is a family owned and operated full service Real Estate Company in the Outer Banks. We are one..  learn more

For more than 30 years, we have been the leader in Outer Banks vacation rental, property management, and real estate services. As a leading Outer..  learn more

View Manager Profile
Browse 416 Vacation Rentals
History
Much before the Wright brothers made Kitty Hawk famous with their flight experiments, the area experienced a rich history. Native American Indians were the first to settle on the Outer Banks over a thousand years ago.


In 1584 the first English colony in the new world was established at Roanoke Island, less than 20 miles from Kitty Hawk. The settlement didn't flourish, and the starving colonists left in 1585 aboard a ship in the visiting fleet of Captain Sir Francis Drake.

After this brief settlement, another group of colonists tried to establish a settlement on the north end of Roanoke Island. This attempt was organized by Sir Walter Raleigh. This colony vanished into an unknown fate. When re-supply vessels finally arrived in 1590 delayed by the war with Spain, no colonists could be found. The only clue being the word "Croatoan" carved into a tree, but the mystery was never solved.

Years later, the area was ravaged by the pirate - Black Beard. Ultimately, Lieutenant Robert Maynard of HMS Pearl began the hunt for Blackbeard, which led to an engagement in Ocracoke Harbor. In a brief but fierce battle, Blackbeard was defeated and suffered his head being hung from the bowsprit of the warship. Since then the North Carolina coast was hardly ever invaded by the pirates.

Some people belonging to the area say that the name Kitty Hawk is derived from the local Native American name for goose hunting season: "killy honker" or "killy honk." Others say the name evolved from mosquito hawks that thrived in the area, or from ospreys that preyed on the area's kitty wren.

Looking for a remote site, isolated from prying eyes of the world, Orville and Wilbur Wright came here to do the experiments with gliders after hearing that the "winds were always steady, generally from 10 to 20 miles per hour ... and not a tree or a bush anywhere to break the wind current." The Wright brothers stayed in Kitty Hawk Village and conducted many of their experiments there, but the place where they made their historic first engine powered flight was actually Kill Devil Hills, about three miles south of Kitty Hawk.

The initiation of Kitty Hawk as a vacation destination took root in the 1930s, when the Wright Memorial Bridge Company created a three-mile wooden span across the Currituck Sound to the Outer Banks. Today, only a few of the initial cottages built on the beach could be seen due to the ever-changing shoreline. Since 1993, scores of houses have been swept away during hurricanes and nor'easters.

Although Kitty Hawk is still remembered because of the Wright Brothers, history has touched this area in many other ways that few places can compare with.

The origin of the word "Kitty Hawk" comes from the Native American term “Chickeawk” or “Chickahawk,” meaning a time or place to hunt geese. The 2nd largest city on the Outer Banks and part of a string of barrier islands, Kitty Hawk is steeped in history and known for its natural beauty. It consists of a traditional style village as well as vacation themed cottages for seasonal travelers. In each island town, travelers will find fine art, dining and history coupled with great beaches and adventure. Water hideaways provide refuge for wildlife. Nature lovers can catch a glimpse of birds in their natural habitats. The oceanside consists of thousands of rental homes, restaurants and shops while the Albemarle Sound provides a nice quiet and aesthetically pleasing drive for those that prefer a more leisurely pace.